How to sleep very quickly.

I’ve hit upon a 3-point RAPID SLEEP method after a lot of trial and error.

You’ll be asleep in seconds, and won’t even know it.

This is consistent (but simpler) with the following: How to Fall Asleep in 120 Seconds

Minimise the harm from grinding teeth at night

The grinding of teeth which led to a tooth cracking and the root canal treatment forced me to seek a strong remedy. 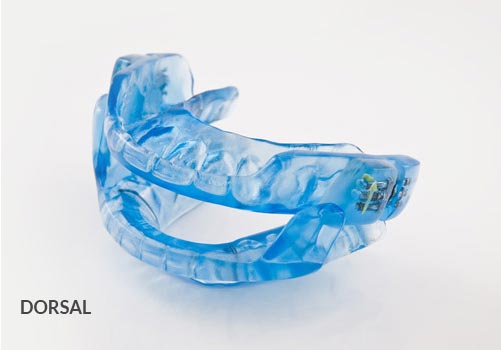 This will obviously prevent further tooth cracking, but as a result of the focus on sleep, I discovered that I snore (using Snorelab app – a simple app).

My snorelab score ranges from 22 to 79. I’ve done 5 tests by now over one month. According to the snorelab app website, I’m a MODERATE SNORER.

“Anyone with a score higher than 100 should definitely get themselves screened for Obstructive Sleep Apnea, as they frequently require a stronger treatment: CPAP”

Do I have sleep apnea? Probably not. “snoring does not necessarily mean you have sleep apnea. snoring becomes concerning when it is combined with gasping, choking or if you stop breathing while sleeping. [Source]”

CAUSES OF SNORING AND SOLUTIONS

END_OF_DOCUMENT_TOKEN_TO_BE_REPLACED

How to loosen tight internal muscles of the face (nose/ cheeks, etc.)

Continuous computer work has led to static load on facial muscles which “crunch” when the neck is rotated. The crunching occurs in the face.

Facial yoga is a type of facial exercise that helps to promote blood circulation and relaxation within the muscles of the face. One of the basic facial yoga techniques is to first warm the palms of the hand by rubbing them together for several seconds and then to place each palm over the eyes. Next, you want to perform circular motions around the eyes with your palms, which will help to increase blood circulation in this region of the face. In addition to relieving muscle tension around the eye sockets, it’s also effective at reducing black circles around the eyes. A second type of facial yoga involves massaging the entire face in an effort to improve blood circulation to nearly every muscle of the face. To use this technique, first inhale/exhale rapidly for a 10 count to get the blood flowing. Next, start at the chin with both hands and gently massage up to the forehead using small circular motions with both sets of fingers.

Loosen the muscles controlling the jaws by using the lower-jaw stretch. Open your mouth about an inch and move your lower jaw to the right as far as you can without experiencing any pain. Hold it there for about two seconds before relaxing. Do one side at a time and complete a total of 10 repetitions to each side. Make sure your mouth stays open approximately 1 inch during this exercise.

Simply smiling helps to loosen most of the facial muscles of your face, including those controlling your cheeks, lips and eyes. Smile as wide as you can, hold for a moment and then relax your face. Do at least 10 repetitions per set.

This technique is designed to promote full-body relaxation, but it can also be modified to relax any one part of the body, such as muscles of the face. Before starting, you should find a quiet spot where you can sit back and relax. Close your eyes the entire time and take a few deep breaths before beginning. Start by tensing the muscles of your face as much as you can using grimacing facial expressions; hold for 10 seconds and then release. Take several deep breathes, and you will feel your facial muscles begin to relax. Alternatively, you can focus on the top facial muscles first and work your way down to the jaw and neck muscles last. Try both ways and see which works best for you. The keys to loosening up your face muscles using this technique is to remain in a comfortable position with your eyes closed and to breathe deeply the entire time.

Pucker your lips, but keep your brow smooth as you blow air kisses four times. Place two fingers to your lips and blow air kisses again for three or four repetitions. Hagen says this exercise works to keep the lips strong.

Puff out both of your cheeks and shift the air in your mouth from one cheek to the other. Continue the exercise until you feel you are out of breath. Repeat the exercise three times to help keep your cheeks firm.

END_OF_DOCUMENT_TOKEN_TO_BE_REPLACED

The idea that Kegel exercises are “the” solution to the incontinence problem is fundamentally flawed. It assumes that the stronger you make your pelvic floor muscles the better your continence gets. But this is a trap. It then implies that one has to keep doing pelvic floor exercises for the whole of one’s life, otherwise incontinence will come back again.

This is an extremely inefficient “solution”.

This is somewhat like the child who has to learn how to become continent. The child merely pays attention to the relevant muscles and over the course of a few months becomes continent. We do not tell the child to keep exercising specific muscles. Likewise, when we do this properly, there is no need to exercise or strengthen a specific muscle after that.

I gave up Kegel exercises for roughly after the first 4 months after I realised that this was not the kind of thing I wanted to achieve. I wanted to lead my normal life without thinking about my pelvic floor.

One of my physios, Terry, showed me why retraining is important. I extrapolated and almost completely dropped all kegel exercises as soon as possible after I started jogging downhill.

So far I find that this hypothesis is correct, because I have seen continuous improvement incontinence regardless of the fact that I am no longer doing any Kegel exercises.

END_OF_DOCUMENT_TOKEN_TO_BE_REPLACED

I grind a lot at night. After nearly six decades one of my teeth cracked.

Root canal – stage 1 last week. X ray showed everything is OK. The first day or so the tooth felt wobbly, as if it is going to come out. That’s actually a normal thing, I gather. This feeling went away by the third day. Some pain while biting, but all sensitivity due to the crack has gone.

The crown was fitted after around two months of Stage 1, and since then there’s been no issues whatsoever. The tooth can’t be distinguished from other teeth.